NEW RELEASE: While the Storm Rages by Phil Earle 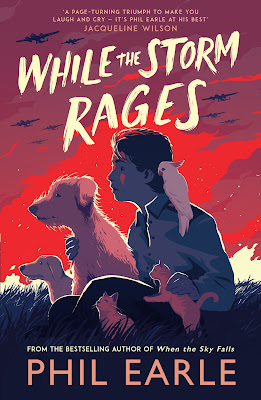 Link to publisher
Published by: Anderson Press, 2nd June 2022
👍👍👍👍
A heartbreaking and powerful novel for all animal lovers and lovers of historical fiction, While The Storm Rages sheds a new light upon life in WWII. When war is declared and the government advises everyone in the city to have their pets put to sleep, surely they can't be serious...can they?
For Noah, the thought of ending the life of his young dog, Winn, is unthinkable. Determined to do anything to save her, he sets off on a mission to find her a haven where she can shelter from the war whilst he is evacuated. But it's not a solo journey for soon Noah finds him accompanied by his best friend, Clem, his nemesis, Big Col, and a whole host of animals including a gigantic python. Now the pressure is on for Noah to save them all or is will his plan sink before it's even begun?
This is a corker of an adventure that has a heartbreaking poignancy from the get-go. Despite reviewing several excellent WWII novels over the past year or so - namely When The War Came Home and The Valley of Lost Secrets by Lesley Parr - Phil Earle's novel offers a completely new insight into the period. I was shocked that I had never really considered what happened to animals and pets and devastated to learn the truth about the moral dilemma that people faced.
Although beautifully written with a pacy plot and lots of nail-biting action, this is not an easy read. There are some terribly sad scenes that will make your heart bleed but then, this is the gritty reality of war that not even four-legged (or no-legged) creatures could escape. Yet, despite not pulling any punches, Phil Earle adds in hope, courage, a touch of humour and some good old banter to rally the spirits. I particularly loved any scene that involved the boat or Samson the donkey and the ending didn't disappoint, although I definitely wanted to see more of Delilah the snake!
Noah was a great main character. His courage and desperate determination felt immediate and raw. What moved me most, however, was seeing the incredulity of what war actually meant through his eyes as the world changed overnight. That fall from innocence combined with the innocent exuberance of Winn is what makes this novel really special and it's definitely a read that I'm not going to forget.
A big thanks to NetGalley and Anderson Press for allowing me to read a review copy. While the Storm Rages is released tomorrow, 2nd June 2022, in the UK.
at June 01, 2022 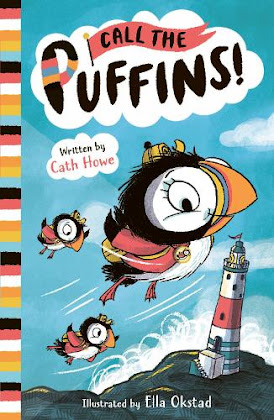