Autumn has started with a bang this year. Following on from a whole summer of reading, these novels have prevented me from getting the back-to-routine blues. From a theatrical ghost story to a fantastical, world-jumping adventure to the finale of a thrilling spy series, there's something for everyone in this array of new releases...

Following on from The Nothing to See Here Hotel series - an hilarious collection of books for 7-9 years olds - Steven Butler has released a middle grade novel, Spooked: The Theatre Ghosts. Set in a run-down seaside village, it focuses on the discoveries made by Ella as she settles into her new home...

Moving to Cod's Bottom is NOT what Ella Griffin had planned for her life. Having to leave behind her theatre group friends in London was bad enough but her new home seems to have nothing to offer except cantankerous neighbours and spiteful residents. But when Ella discovers an old,abandoned theatre everything changes. For this beautiful, historic building is anything but empty...

This is a cosy, uplifting character-led novel, full of quirky personalities and a crumbling, memorable setting. Perfect to read around Halloween or at any time of the year, it offers the fun-factor rather than the fear-factor. As Ella makes friends with the theatre ghosts, so does the reader and it's great news to hear that this is going to become a series, as it will feel like revisiting a whole host of lovable family relations. I particularly loved the three poodles and watch out for the elusive pair of legs!

Although the pace and the plot potters along, Steven Butler evokes a strong feeling of both fun and nostalgia within the pages of this book. There's the hint of a mystery, some hilarious antics and a not-unusual-but-particular-nasty villainous pair to thwart. Convinced that I'd predicted the plot, there was a shock-gasp twist at the end that had my heart in my mouth and which leaves the series wide open. What will happen next? I can't wait to find out. This story, to me, feels like a pair of cosy pyjamas as the weather turns colder, a bakewell tart and a hug in a mug...all the good things!

A big thanks to NetGalley and Simon and Schuster for allowing me a review copy.

Which Way to Anywhere by Cressida Cowell 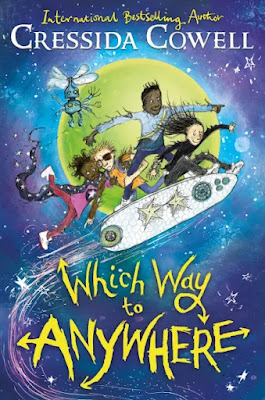 According to Cressida Cowell, the former Children's Laureate, this story has been 25 years in the making and, boy, are you in for a treat. Which Way To Anywhere, as with all of Cressida Cowell's books, shows off the true depths of her creativity and imagination and will whisk readers away to an unparalleled world on an unrivalled adventure...

K2 is widely considered as being hopeless, especially by his annoying step-siblings, Theo and Mabel. Yet K2 and his sister, Izzabird, are hiding the secret that they are from a magical family and that K2 actually has the gift of drawing maps of worlds that are REAL!

When their baby sister, Annipeck, is kidnapped, the warring step-siblings must use K2's gift to travel to a dangerous world to rescue her. But do they have the power to defeat an abhorrent monster and a robot assassin? And can they unite their family before it's too late?

Aside from being an epic fantasy novel packed jam full of maps, monsters, robots, predator plants, walking trees and potions, Cressida Cowell also uses this story to explore two major themes. Many readers will surely relate to K2's awkwardly blended family and their journey towards finding common ground and also to the subtle but cleverly constructed eco-message regarding the impact humans can have on a planet. Both of these elements drive the story forwards with impact and heart, allowing readers to think.

As, again, with all Cressida Cowell's novels, all the above is mixed up with a huge dollop of humour and bags of quirkiness. There's some great characters to watch out for and some awesome dynamics. I particularly loved Annipeck and her total command of Cyril Sidewinder and K2 is a lovable, hapless hero. There were some strong similarities to Cressida Cowell's Wizards of Once series, although providing a total different adventure and, for me, it also evoked some echoes of the film, Labyrinth.

With her fabulous language and unique storytelling style this is a treat for all fantasy lovers and adventurers. And, with more books to come (I hope!), the adventure is far from over...

A big thanks to NetGalley and Hachette for allowing me a review copy.

Vi Spy: The Girl with the Golden Gran by Maz Evans 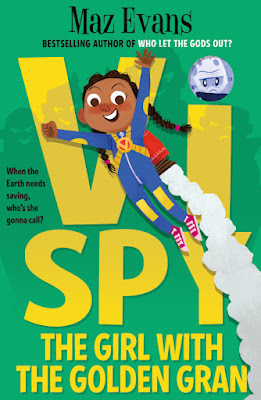 It's back, it's brilliant and it's the final battle for Vi Spy in The Girl with the Golden Gran. Spoofy and utterly hilarious but with more heart than any Valentines Day, this is the spy series of the century...

Valentine Day is facing the mission of a life-time. With Umbra laughing at her family from space and set on world domination (and destruction), time is running out to save the planet. But when Vi faces the devastating news that her gran's clock is also counting down, her own world begins to crumble. Can she find a way to save everything and everyone, especially the gran she loves?

This series is action-fuelled adventure mixed with comical capers mixed with family. Maz Evans is not only a master at humour but also at capturing the heart-breaking and heart-warming emotions of divorcing parents and blended families. Being shut up in space together quickly brings things to a head for Vi's warring relations, allowing the kids to show the parents how its done.

The plot brings a whole host of surprises in book three. Without giving away two many spoilers, prepare for some extra-terrestrial encounters and a dramatic space rescue. Then there's the show-down with the dastardly Umbra and a highly emotional, poignant but fitting twist at the end. Everything is, consequently, wrapped up as neatly a Christmas present and I can't quite believe it's the end of such a fabulous series - I can't recommend it enough! 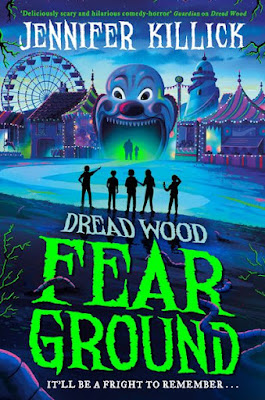 Following on from her Alex Sparrow series and Crater Lake and Crater Lake Evolution, Jennifer Killick brings us the second of her Dread Wood books, Fear Ground. Unlike Spooked: The Theatre Ghosts, this very much brings the fear factor from the start so grab a blanket, or a friend, turn the lights on (or off if you're brave enough) and prepare some some hair-raising, spine-chilling action.

When creepy game, Flinch, becomes the new craze at Dread Wood High, everyone is keen to join in the fun, including Angelo and his gang. But soon the fun turns to fear when everyone starts acting strangely. Who are the faces behind the clown masks and what is going to happen at the fair? Things might be about to come to a head...

For me, Jennifer Killick raises the game, and the goosebumps, with every book. Already familiar with the characters and setting, this one hooked me in from page one. It's everything you want in a horror novel; fast-paced, chilling and yet perfectly balanced with teen friendship and banter.

The set-up works really well. Set in the same school with the same characters as book one, the plot is completely different and yet there is a follow-on, which any new readers could latch on to fairly quickly. The fair adds a new dimension and definitely ups the fear-factor making it a brilliant read for Halloween. The writing and dialogue is addictive as always, also making it the perfect for binge reading in one sitting.

A big thanks to NetGalley and Farshore for allowing me a review copy. 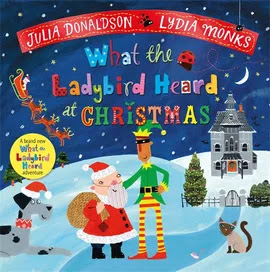