It's time for our Festive Round-Up...

Where did autumn go? A second ago it was Halloween and now we're curling up in front of the fire and pulling out Christmas books old and new. And haven't we got a lot to enjoy? In 2019, our Christmas picture book round-up and chapter book round-up gave us a whole load of festive treats and with new ones to add this year we really are spoilt for choice. There's a third book in The Christmasaurus series to dive into, some brilliant new releases for fans of Tinsel, Wishyouwas and Clara Claus Saves Christmas and a merry but murderous book packed full of festive short stories - it's better than a selection box!

So crack open the chocolates, the mince pies or the Christmas cake and prepare to get cosy. 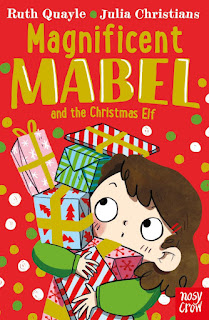 Mabel makes us hoot. Her take on the world and her mischievous antics never fail to entertain us and this Christmas edition is no exception. It's worth noting that only one out of the three stories in this book is Christmassy, but oh, is it a good one!

Magnificent Mabel and the Christmas Elf: Mabel loves Christmas but she isn't so sure about the Christmas elf. It seems that tricksy character is going to land her in trouble. Can Mabel find a way out of it before she gets the blame?

Magnificent Mabel and the Interesting Day at School: Mabel doesn't think school is interesting until a new boy joins the class. But when the boy refuses to be friends with her, Mabel is upset. Can she find a way to get his attention?

Magnificent Mabel and the Toddler Cousin: Mabel is excited when her toddler cousin comes to stay but no one is letting her look after him. Can Mabel convince everyone she is BRILLIANT with toddlers?

Perfect for younger readers, Magnificent Mabel offers an alternative to a Christmas picture book. Mabel is a funny, independant and totally relatable character and her adventures centre around home and school - the epitome of a child's world. The stories feel fresh and fun and we are definitely looking forward to seeing Mabel again next Christmas (and across the rest of the year)!

The Christmas Carrolls by Mel Taylor-Bessent and Selom Sunu 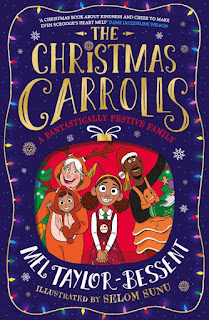 The excitement for this much-anticipated Christmas book really got my attention on social media. A debut novel from Mel Taylor-Bessent, this is a Christmas story for die-hard Christmas fans but which is also bound to put a smile on the face of the most hardened grinch.

When Christmas-loving Holly Carroll moves house and starts a new school she gets the shock of her life. Suddenly she finds herself in a world where Christmas isn't celebrated everyday, there are no carol-singing toilets and everyone thinks she's weird.

Things go from bad to worse when Holly finds out that her neighbours want to evict her family's Christmas spirit from the street and that her new friend might not get a Christmas at all. Forced to step out of her Christmas bubble, Holly searches for a way to spread cheer- but will people be happier if she stops being her true self?

Now, we're big Christmas fans in our family but only really for the month of December and I have to admit that I found the start of this book a sugary-sweet Christmas hit with extra sprinkles on top. Several chapters in, however, and Mel Taylor-Bessent had completely won me over. The plot is hilarous, Holly is adorable and the Christmas cheer is catching. Sure, there's cheese and cringe and carols in September but the heart of the story is as big as Santa's himself. As well as a singing backpack, a SPECTACULAR donkey and Christmas turkey every day, there's also a big dollop of reality as Holly meets her new friend Archie. I was really moved by Archie's character and his burgeoning friendship with Holly is one of the highlights of the book.

Christmas cheer isn't the only message in this book. Finding your place in the world and being yourself features strongly as well as the true meaning of Christmas spirit- helping others. Mel Taylor-Bessent addresses all of this with warm, heart and deftness and I also have to draw attention to the wonderful artwork by Selom Sunu. This is the first in a Christmas series that will melt your heart like a hot chocolate served with extra cream and marshmallows.

The Miracle of Ebenezer Street by Catherine Doyle 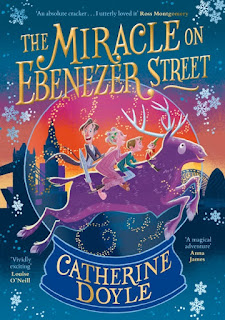 Slightly more classic in feel and a take on the infamous 'A Christmas Carol' by Charles Dickens, this new release by Catherine Doyle is simply wondrous. Rich in both language and plot, it tells the sad story of George and his wish for Christmas to be returned to his life.

When George's dad refuses to back down on his decision to ban everything joyful from their lives, George's Christmas offers him nothing but a grey emptiness. But when his nan smuggles him to a Christmas market, George stumbles across Marley's Curiosity Shop and makes a wish on a snowglobe.

Soon George and his family are swept away on an adventure encompassing Christmasses past, present and future as well as an elf, a purple reindeer and shrinking spells. But as Christmas day dawns, will George's dad allow the Christmas spirit back into their lives?

This is a 'laugh and a lump' book. In fact, it gave me goosebumps. The storytelling is magical and I was truly transported as I read it. There's sackfuls of humour and stockings full of tears as we join a desperate George on his journey alongside a fabulous cast of characters. Marley's wit and insight is hilarious, Nan is a blast and even George's dad's bitterness cracks a smile. Mixed with some contemporary new additions including a purple reindeer and an avalanche, it really is a Christmas cracker.

On a more serious note, the heart of this story rests on the fact that it is one of the most poignant and powerful portrayals of grief that I've ever read. I felt George and his dad's pain like a shard of ice through the heart and it acknowledges what a difficult time Christmas can be for those who have lost loved ones. George's fight to find joy again will be both real and relatable to lots of readers and the choices that the characters face are laid bare for all to see.

One of my family's Christmas traditions is that we watch 'A Christmas Carol' every year. As we've done this ever since I was three years old, this story is a personal favourite and I can't recommend Catherine Doyle's new version enough. It's inventive and exciting but still retains the feel of the original and is completely and utterly moving. 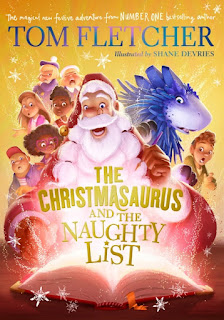 I loved the first book and struggled with the second but the Christmasaurus is back with a bang in the third book in the series.

When Santa becomes concerned about the number of children on the Naughty List, including his special friend William Trundle, he sends the Christmasaurus on a mission to try and sort out the problem. Desperate to find out how William could possibly end up on the wrong list, the Christmasaurus accepts the challenge at once but the dinosaur has his work cut out. Will he get to his best friend in time?

This is a clever concept for a sequel; simple in premise and plot with a simple, straightforward format. As the Christmasaurus visits child after child on the naughty list, it's the anticipation of finding out how William has ended up on the naughty list that keeps us reading. Combined with an array of inventive and entertaining shenanigans and the important message that there is always a reason behind a behaviour (meaning that everyone deserves a second chance), this is a Christmas treat and perfect readers who want a simple story full of great characters and Christmas cheer.

The Christmasaurus definitely comes into his own in this story and out of all the Christmas books I've read, Tom Fletcher's portrayal of Santa and his ranch in the North Pole has to be my favourite. With crumpets dipped in custard, elves that speak in rhyme and Buttercream, the chef, it offers readers a warm, buttery dose of imagination that feels like a Christmas hug. And, with the new picture book release of The Christmasaurus and a film in the making, there is still plenty to come for this icy-maned dinosaur. 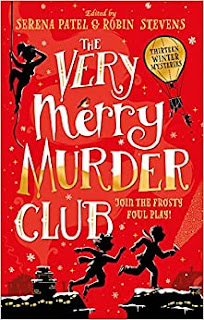 Link to publisher
👍👍👍👍👍
If you fancy an alternative to a novel, then this collection of short stories is a Christmas corker. Full of mystery, sleuthing and suspense, each tale is a present waiting to be unwrapped. Who killed the ballerina? Can the funhouse be defeated? And what is the key to destroying the Gelidbeast?
Edited by mystery writers Serena Patel and Robin Stevens, there is something for everyone in this beautifully produced hardback book. There's murder aplenty (although not all the stories feature murders) fantasy worlds, contemporary stories- it really is a feast of choice and imagination. Personal favourites include Peril en Pointe, It's Takes a Thief to Catch a Thief and The Frostwilds but there isn't one I haven't enjoyed. Perfect for confident readers who don't want to commit to reading a full novel or those who prefer edgier stories, this really is the book equivalent to Christmas party food; bitesize, beautifully packaged and so addictive, you'll be left wanting more. So get your sleuthing cap on and start solving those festive crimes...
at December 12, 2021 No comments: