January releases: Picture Books full of hope, belief and the power of the imagination...

Hooray for January 7th! Not only was the day wonderfully sunny but it also marked a whole host of new children's books being released into the world - a bright array of picture books, chapter books, middle grade and young adult destined to lift our spirits in these difficult times.

Some of these books we've already had the pleasure of reviewing. The Boy Who Met a Whale by Nizrana Farook offers up a thrilling Sri Lankan adventure whilst The Valley of Lost Secrets by Lesley Parr takes us deep into the Welsh countryside, alongside evacuees Jimmy and Ronnie, in a enthralling story that is bound to be a future classic. Meanwhile, story godmother Amy Sparkes has conjured a spectacular magical fantasy with The House at the Edge of Magic, beautifully illustrated by Ben Mantle. These are just a few recommendations from a brilliant selection of new offerings, many of which we still have to read.

It was a double whammy for Amy Sparkes on Thursday, as she also released her picture book, The Secret of Me, published by Studio Press and illustrated by Sandra de la Prada. 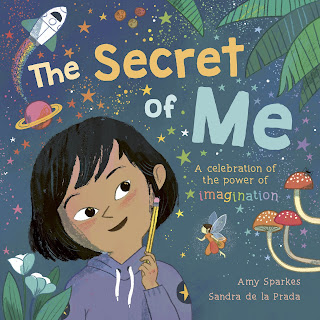 This book sends a strong and inspiring message to young readers: Dream big and never put limits on what you can become. As we follow the children in the story, who are considering what they want to be when they are older, we are taken into the wildest realms of their imagination as they reach for the stars and explore the dreams that are special to them.
From riding dragons to cartwheeling through stars to building homes for giants, these children harness their limitless imaginations to explore endless possibilities for their future. Each page turn offers hope and promise and sparkle-something our next generation needs to be filled with in abundance. There is a still a massive capacity for hope and aspiration and creativity and empathy in our world and it is never stronger than in little people. This book harnesses the power that children's imaginations hold beautifully; be who you want to be and never stop believing in possibilities.
Amy Sparkes is donating 5% of author royalties from this book to Ickle Pickles - a charity which donates neonatal intensive care equipment to hospitals.
Another picture book, released on January 7th, which harnesses the power of believing is the magical There's No Such Thing as Unicorns, written by Lucy May Rowland and illustrated by Katy Halford. As with The Secret of Me, this is a fabulously illustrated story that is written in simple but completely charming rhyme. 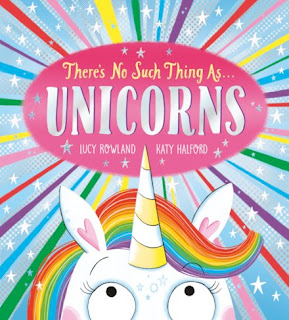 When a little girl is told that there are no such things as unicorns, she sets out to prove that they exist. It's not long before her certainty starts to waver but she doesn't give up searching...was she right to believe all along?
This unicorntastic, colourful read instils a very similar message to the book above; believe in the impossible and don't let anyone tell you 'you can't' or that 'there's no such thing...' The strength of the little girl's belief has a big pay off on the final page and WOW! - what a dazzling illustration to finish on.
Both of these stories have a lot in common. They are fun, light-hearted, imaginative, colourful, inspiring and hopeful. They are perfect for all readers who love unicorns, rainbows, magic and daydreaming...isn't that most of us? I'm hooked as much as my little ones are...
at January 09, 2021