GUEST POST BY FIONA BARKER: Author of Setsuko and the Song of the Sea 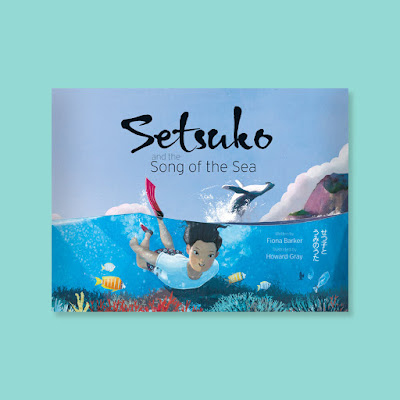 This spring has seen the release of some incredible books, one of which is Setsuko and the Song of the Sea, written by Fiona Barker, illustrated by Howard Gray and published by Tiny Tree Books. Telling the tale of Setsuko, a girl who has an incredible bond with the ocean, it sets out to remind us of the beauty of the world around us.

Setsuko loves the ocean but feels like her people have abandoned it. So when she meets a whale who also fears he is the last of his kind, their hearts and minds bond. When Setsuko reassures the whale that there are more whales out there, he thanks her for restoring his hope by giving her a song. Now Setsuko must use that song to call her people back to the ocean...

This is a story about the beauty of the natural world. It champions the hope that, in the face of disaster and uncertainty, humans can and will reconnect with the oceans and address the problems that are threatening its future. Setsuko is one girl whose actions inspire change. This sends the important message that we can all make a difference on an individual level. 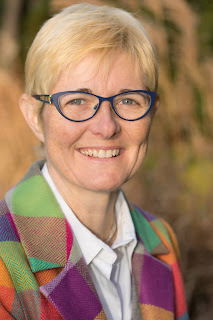 Setsuko's story is beautifully told by Fiona Barker. It is soothing and lyrical and conveys the wonder of what lies in the depths. In an interview with My Book Corner, both Fiona, Howard and Tiny Tree talk about the inspiration behind this picture book. But below, Fiona also has written a guest post about how she came across the idea and how she will be sharing her new release with children around the country.

Guest Post by Fiona Barker: Setsuko and the Song of the Sea

Setsuko was written partly in my head while out litter picking, partly at my desk at home (recently reclaimed from my daughter!) and partly in an audiology booth at work (shhhhh! Don’t tell my boss!) I work with people who have hearing loss and dizziness two and a half days a week. It’s lovely and quiet working in a sound proof booth but I don’t have a window so at home I like to be able to see outside. At the moment, I’m channelling inspiration from some wild characters on my windowsill too. In my writing room I also have lots of illustration on the wall (and books on the shelf!) I’m fascinated by the art of illustration and how these magical people are able to make a story without words. 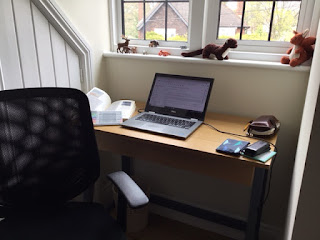 Currently I’m getting ready for school visits and book events for Setsuko so I’ve been collecting together everything I need. I’ll be accompanied by Humphrey the humpbacked whale who has been practicing his drawing for a game called Splash or Trash. I’ll also be sharing some whale facts with a Which Whale? quiz. And I dare say there’ll be some singing and a cardboard tube craft or two! For my Danny and the Dream Dog events I carted around 35 little stuffed dogs but I’m travelling a bit lighter this time! I do love events though and I have thoroughly enjoyed throwing myself into getting ready for this new title, including spending the last year learning Japanese. I’m still very much a beginner but hugely enjoying it and I hope to be able to pass on a little bit of what I’ve learned during my events especially when telling children about the amazing lives of the ama divers on whom Setsuko is based. 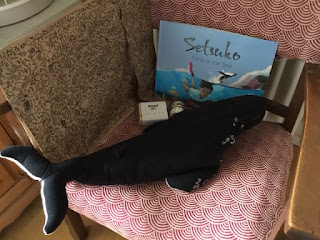 Setsuko has had a long journey and I’ve so looking forward to everyone getting to know her world and learning what they can do to look after the wonder that is the ocean.
Setsuko and The Song of the Sea is available to order now. A big thanks to Fiona and to Tiny Tree for giving us the chance to be part of Setsuko's journey.
at May 03, 2021