The Nightsilver Promise by Annaliese Avery 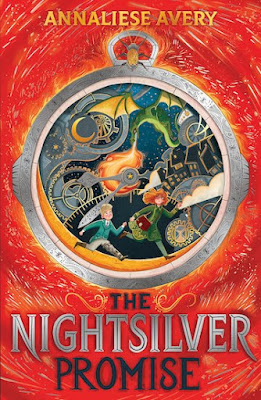 Published by Scholastic, May 2021

The best thing about May has definitely been the brilliant books that have been released into the world (because let's face it, it hasn't been the weather) and no one was more excited than me when the postman dropped this much awaited middle-grade debut on my doormat at the beginning of the month.

Written by Golden Egg Academy member, Annaliese Avery, this is a much-anticipated read that's perfect for fans of His Dark Materials, Nevermoor and even Harry Potter. It's a fantasy, science-based adventure set in a brilliantly devised parallel world.

Paisley Fitzwilliam is rocked to the core when it is revealed that, before her fourteenth birthday, her track will end and she will die. But when her mother goes missing and is presumed dead, Paisley swears she will be the one to protect her dragon -touched brother Dax at all costs. Navigating the Empire of Albion, with its scientific rule, floating boroughs and underground sewers, Paisley and Dax set out on a journey to find their mother and unlock the secret behind her disappearance. But Paisley's fate is ringing in her ears. Can she change the course of her stars and survive the outcome?

This is classic storytelling at its best. The Empire of Albion is a richly imagined parallel world that has been constructed with meticulous attention to detail. In this story, dragons merge with science to tell us a story of creation with a difference. And now the world is in trouble, it's up to Paisley to take charge and defeat the Dark Dragon - a chilling and unique villain.

The story is told from two perspectives - Paisley and Roach. In Paisley we get a strong, brave, female lead whose odds are against her and her family from the start. Paisley feels all the fear that comes with the knowledge she's going to die but, after being brought up by a mother with strong convictions, chooses to defy her stars and do everything she can to save the world and those she loves. In contrast, Roach, who works for the Dark Dragon, has made all the wrong choices. However, I love how Avery reveals the reasons behind his actions which are both poignant and relatable. As a result, Roach is very much a character to watch.

The plot is dynamic and action-packed. From floating boroughs to dragon walkers, museums to sewers, readers are privy from the outset to a strong internal and external struggle. The strong villainous force that is amassing reminded me very much of The Death Eaters and many things still lie unanswered. What role will the dragon-touched play? Is the comet really a comet and has The Veil been penetrated? This is a world that isn't going anywhere and may the cogs of time turn quickly until the next instalment.

The Nightsilver Promise is now available to buy.

New Release: The Knight with the Blazing Bottom by Beach

Link to publisher Published by Simon and Schuster, 9th June 2022 👍👍👍👍 The sequel to The Dragon With The Blazing Bottom is out! A 'fi... 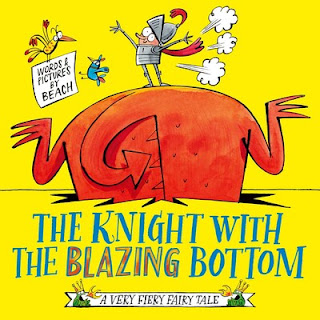